Robotic ablation is the safer, more effective ablation for patients with heart rhythm disorders or cardiac arrhythmias. The system navigates to those areas of heart tissue responsible for the irregularity and inactivates them. This all happens without open-heart surgery.

Robotic ablation of cardiac arrhythmias is performed at Deborah® using only the most sophisticated technology. The Stereotaxis system allows the physician to move an ablation catheter within the heart using an external magnetic field, helping to ensure precise and effective ablation.

Some ablations, when indicated, utilize the Stereotaxis Remote Navigations System, a remote system that offers safe and precise delivery of radiofrequency energy to a small spot of heart tissue, which creates an electrical block along the pathway that’s causing the arrhythmia.

Utilizing the advanced magnetic technology and remote computer control, physicians have the ability to precisely map the areas of the heart associated with arrhythmia. Because the ablation catheters are moved with a magnetic field, they do not need to have the rigid structure of traditional catheters. The Stereotaxis catheters are soft and floppy, and therefore reduce the risk of perforating the heart. The magnetic force gently, but consistently draws the catheter to the heart tissue so that ablation energy can be delivered effectively and homogenously.

The physician begins the procedure by placing the catheters in the heart. The movement of the catheters and fluoroscopy camera are then controlled from a computer interface. The fluoroscopy pictures are integrated with a 3D mapping system to construct a precise image of the catheters within the heart. Electrical signals from various regions of the heart are used to create pictures of the arrhythmia pathways. These images are used to determine the best area of the heart for ablation. This technology also allows the physician to carefully identify and avoid collateral damage to other cardiac structures.

Patients with the following conditions may be good candidates for catheter ablation:

This technology is only available at a few select hospitals in New Jersey and the Delaware Valley region. 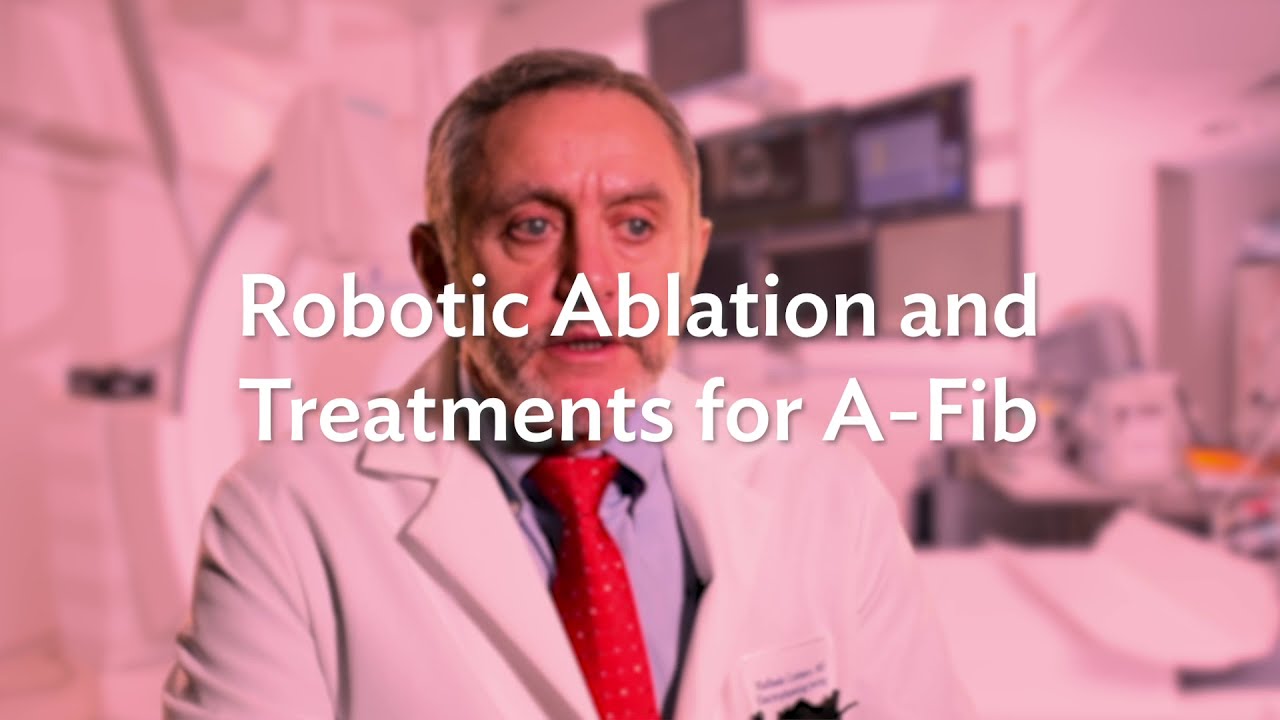 Our electrophysiologist Dr. Corbisiero describes treatments for Atrial Fibrillation, including one of the most exciting and promising treatments: Robotic Ablation.