The Early Bird is a small, venous sheath (catheter) embedded with an electronic tissue impedance monitoring system. This sheath is advanced into the femoral vein adjacent to the large bore arterial sheath to monitor for bleeding during interventional cardiac procedures, and up to 12 hours following the procedure. 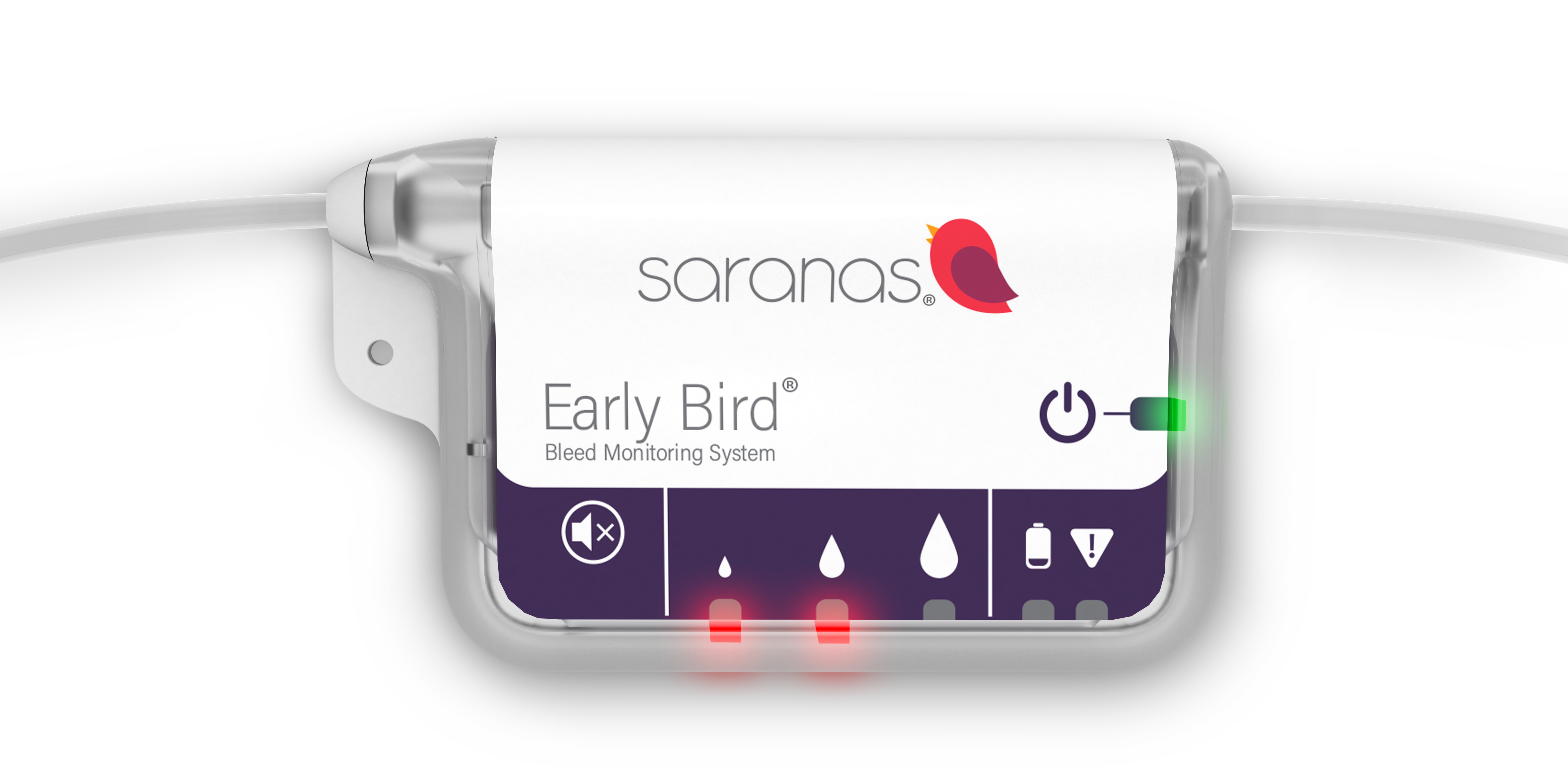 Any bleeding which occurs around a vascular sheath is associated with a change in electrical impedance through the tissue. It is this “bio-impedance” which is continuously monitored by the Early Bird system. Changes in bio-impedance can be detected by this device long before it is becomes clinically evident, even on close physical examination. If monitoring is necessary for longer than 12 hours, the device can be easily changed out for a new system over a guide wire.

The Early Bird sheath has a 3-staged visual and auditory alarm system. The three stages correlate with small, medium, and large bleeds.  A Level 1 alarm correlates with fairly mild bleeding, which can be managed easily with prolonged manual compression. The obvious goal is to intervene before reaching stage II or stage III. 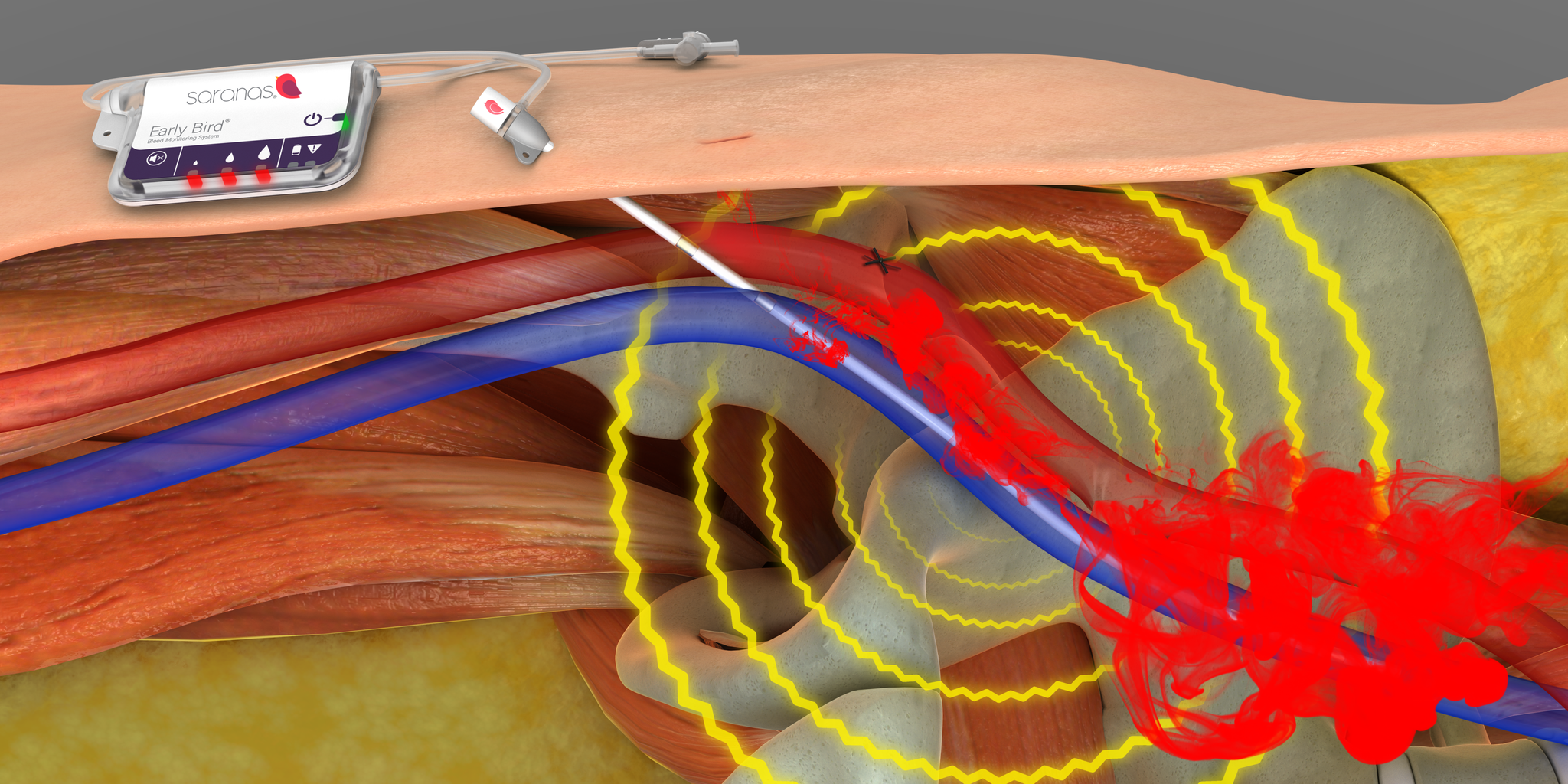