Tabernacle’s Dana Bowling is no stranger to the doctor’s office. She developed asthma as a pre-teen, needed surgery for endometriosis as a young adult, and was diagnosed with high blood pressure in law school. In retrospect she wonders if these were all the warning signs pointing to a much more serious problem that emerged in her late ‘30s.

“I noticed that I seemed to be perpetually out of shape,” she recalled “and I had gained a few pounds.”

Dana, however, wasn’t too worried. An outgoing bubbly woman, she successfully juggles a part-time private law practice, caring for her three horses while also serving as President of the Burlington County 4-H Horse Advisory Council, and owning and managing Yoga Mandala, a yoga studio in Tabernacle.

“I am also an extremely outdoorsy person,” she said. Besides hiking, swimming, and triathlons, during ‘travel season’ (usually January through April), Dana and friends roam the world traveling to exotic locales and pristine yoga retreats from India to Belize, England, Costa Rica, Morocco, and Greece. 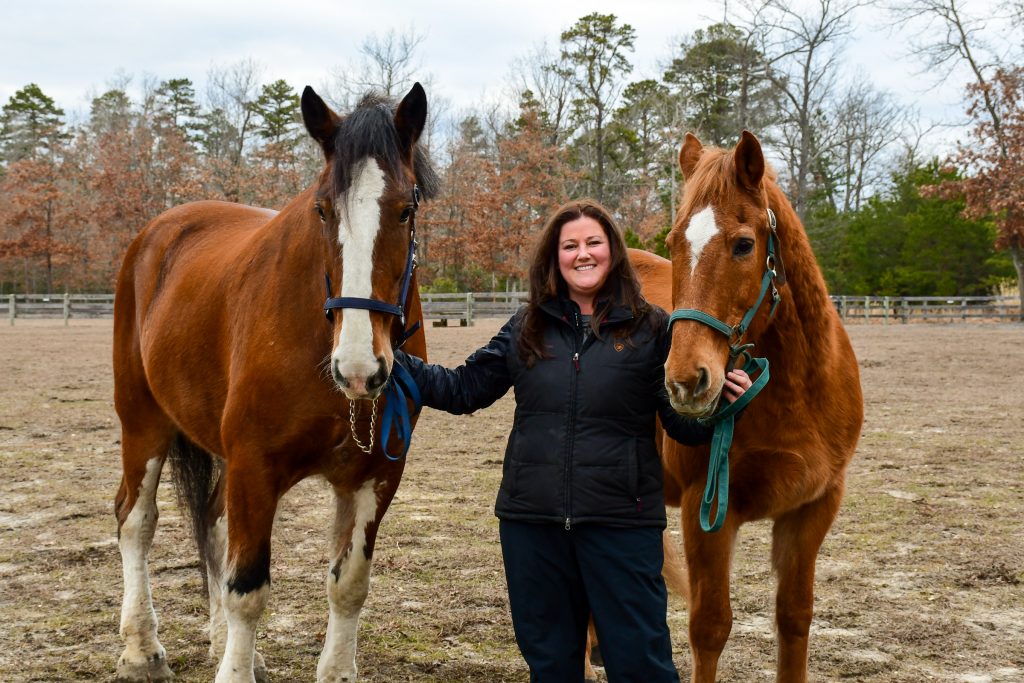 “I managed my health for years. I used inhalers to control my asthma and medicine for my high blood pressure.”

But unknown to Dana, a serious heart condition was lurking just beneath the surface.

“I kept thinking I wasn’t trying hard enough when I was started getting out of breath exercising or when I noticed the pounds creeping up. But then in January of 2019 my heart started pounding and my heart rate went to over 100 even when I was just sitting. I tried meditating but it didn’t help. I called my brother, an ER physician, and he told me absolutely to go to the ER.”

Dana was admitted and tests were run. She was put on some medications. She followed up with cardiologists, but nothing really seemed to help. The journey to find out what was wrong with her was not as easy as she’d have liked.

“I ended up getting two opinions,” she said. “But I felt like no one took me seriously. I knew I was sick but everyone kept telling me ‘you’re too young to have heart problems’ and kept telling me to lose weight and exercise more.”

Finally she came to Deborah for a third opinion.

“They did a complete work up on me,” she recalled. Subtle rhythm changes picked up by a nurse during a tilt table test indicated more study, and Dana was referred for an EP (electrophysiology) study. “When I left after that appointment, I just sat in my car crying. It was the first time people were taking me seriously and listening to me.”

Dana returned for that EP study and when cardiac electrophysiologist Dr. Pedram Kazemian threaded the catheter into her heart he immediately saw an extra electrical pathway in the heart (which can cause rapid heartbeats).

“He told me he could take care of this right away and do an ablation. I was so nervous, but the nurses were phenomenal, and when they heard I was a yogi they found soothing yoga music to play during the procedure.”

She then had a loop recorder implanted and soon it was discovered that Dana had an inappropriate sinus tachycardia (an unusual condition which causes a fluctuating high resting heart rate). The mystery of Dana’s medical problems were finally being solved.

“I am on medicine now, and follow up with my Nurse Practitioner Beverly Roeckel, who is great. I maintain a resting heart rate in the 70s and 80s. I still huff and puff a bit and have to work a little harder, but I am physically so much better and my condition is well managed. “

Dana added: “I thought I was losing my mind. It is so reassuring to know this wasn’t in my head. The team at Deborah went down the list and ruled out all the horrible conditions it could have been. Finding out what was wrong with me has made a huge difference in my life.”

And Dana, who is looking forward to reopening her yoga studio and leading her 4H Club when the Burlington County Farm Fair is held once again, has some advice.  “Follow your gut instinct. If you are experiencing something that is not normal, ask someone, and if they don’t listen, ask someone else. This is your health. Don’t ignore your symptoms.”